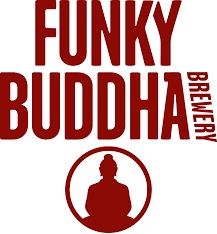 Back in February, the 7th Hill Taproom had a very special tapping on a Saturday. The tapping involved four beers from the same family of beers from Funky Buddha. I say that they are the same family, because they are based on the same theme. I have to admit that I was looking forward to the tapping, since Funky Buddha makes some of my favorite craft brews.

In case you didn’t know, Funky Buddha is one of Florida’s own breweries. They are located in Oakland Park, which is just north of Fort Lauderdale in South Florida. Some of the guys and I have been talking about making a trip down there, one of these days. Apparently, they have a Festival in January, which might be a hoot to make a trip to.

Anyway, the team at 7th Hill tapped promptly at 12:00 on February 3rd. They had a deal on a four beer flight for tasting. It basically worked out as buy 3 get one free for the flight. Mind you one of the beers is very expensive for obvious reasons. Here are the culprits.

This is one that the Taproom kept hidden away until tapping day. I was impressed that they showed such restraint keeping the keg untapped in the cooler. What it allowed me to do is compare the 2017 and 2018, and how surprising the differences were.

To describe the beer, it presented very dark in the glass with a mocha colored head. The aroma was a mix of dark roast malt and maple syrup, with a hint of coffee. I don’t think I have ever been able to sense the bacon. In the mouth it was a bit on the thick side but very smooth. The flavor was a blend of smoky malt with the sweetness of the maple syrup. The coffee was there, but not quite as strong as I thought I remembered. A hint of maple flavor lingered at the end.

All in all, I really enjoyed this beer. It is definitely in my top 20 of beers. If you dislike coffee or maple syrup then this not for you. Somehow, Funky Buddha has managed to make a beer with the flavors so that they were the stars of the show and not some afterthought.

I would have thought that there wouldn’t be a big difference between the 2017 and the 2018. I couldn’t have been more wrong. It was pretty cool seeing how a beer ages and the changes that occur to the flavors.

When I tried the 2017, I thought I was having recall issues, because the coffee didn’t present as strongly as I thought I remembered. Well, the 2018 had a stronger coffee aroma and flavor. The maple syrup still presented strongly, but mixed with the stronger coffee, it gave the 2018 an edge over the 2017, in my opinion. It was interesting that the bartenders felt the same way about the 2018.

Again, liked the 2018 a little better than the 2017. The punch of coffee made a big difference in my liking of the beer over its older brother. Definitely would not recommend it for anyone who is not a fan of maple syrup or coffee.

The Wide Awake It’s Morning stays true to its heritage in the MBCP (Maple Bacon Coffee Porter) family. The Imperial nature of this beer truly puts it over the top. You can immediately tell the difference between the traditional MBCP and the Imperial the second the beer hits your tongue. The beer is thick and syrupy. The smokiness of the malt is the lead characteristic followed by the maple syrup and coffee. This is not to mention that you can sense the extra kick of the 3.6% ABV. I would say that it was on the verge of being a bit boozy.

I liked the Wide Awake, though not as much as the MBCP (2018). I think if you are a fan of Imperial Porters, Maple, and Coffee then this is a great beer. Not sure if I would put it in my to 20, but it’s definitely something that I would drink again if it was available.

I’m not typically a huge fan of Bourbon Barrel aged beers, but I’ll make an exception for this one. I enjoy a good bourbon from time to time, but sometimes finishing a beer in a Bourbon Barrel doesn’t bring anything new to the beer or takes away from flavor profile of the beer. In this case, where Wide Awake was a touch harsh, in my opinion, the Morning Wood was smooth and enjoyable. It definitely has a lot going on, almost too much.

Immediately, you can smell both the Imperial and the Bourbon Barrel. There is no mistaking this beer for either the MBCP or the Wide Awake. The beer is think, syrupy and smooth. The hint of bourbon melds quite well with the extra smokiness of the malts. The coffee and sweetness of the maple syrup tone down the beer making it almost mellow. It doesn’t quite feel a boozy as the Wide Awake. Don’t get me wrong, this is still a strong beer, but it all seems to work together quite well.

I think I would have to place Morning Wood a little ahead of the MBCP (2017). I thought that it managed to skirt the fine line of being too much. Who would have thought that a Bourbon Barrel Aged Maple Bacon Coffee Imperial Porter could work and be enjoyable? Let’s just say that I feel that it’s worth the premium for a 5 ounce pour.

The Taproom just happened to have this beer on tap when they tapped the MBCP family, which is why I am calling it a bonus beer. The team at 7th Hill didn’t include it as part of the Funky Buddha flight, and with good reason. The Last Snow is really its own beast.

Just to set the record straight, my favorite candy bar is an Almond Joy, and one of my favorite flavored coffees by a local roastery is the Almond Joy. Coincidence? I think not. The Last Snow lands quite nicely in my wheelhouse of flavors. The beer is a nice dark color with a mocha head. The aroma is slightly smoky with a stronger aroma of coffee and coconut. The flavor almost matches the aroma, with a sweet coconut that balances the coffee and smokiness of the malt. It’s not one of those beers where you can only have one or two before you have to call it quits.

One of the things that I have tried and liked was adding cold brew coffee to the beer. The Taproom has a nitrogen fed cold brew coffee by one of our local roasteries. If you like coffee flavored beers, then adding an extra ounce or two of cold brew coffee to 14 ounces of Last Snow can really put it over the top. The beer doesn’t lose itself with the additional coffee, but the coffee shifts the balance of flavor slightly and cuts down on the sweetness of the coconut.

I have to admit that Last Snow is one of my top porters of all time. The balance of the flavors easily matches many of the flavors that I enjoy. I understand that many people do not like coffee or coconut, and if you are one of those people, I cannot recommend this beer. However, if you like the flavors, I definitely recommend this one.

In summary, I really enjoyed each of the beers listed above. If I had to pick a favorite, I would have to go with the MBCP 2018 with Last Snow as a close second. As for the Morning Wood, it was a surprisingly good beer for being both an Imperial Porter and Bourbon Barrel Aged. I would gladly recommend any of them.